What Can be Donated?

Nonprofits can accept all different types of vehicles. For example, this can include vehicles such as cars, trucks, motorcycles, RVs, riding lawn mowers, and even planes. Many times, the nonprofit can accept vehicle donations regardless of condition and will even pick up the donated vehicle for free. Although many different vehicles are accepted, there are some cars that seem to be donated more often.

Related Post : Benefits Of Donating A Vehicle To Goodwill 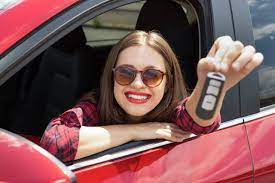 Why Are Some Cars Donated More Often?

There are many reasons why some cars are donated more frequently than others. Many times, a car is donated more often simply because the car has been in production for a long time or because more of them have been sold. Another possible reason is that a certain model might have been bought more often over the years due to features such as fuel efficiency or safety.

other article: Donate Your Car and Join a Carpool

Out of all of the vehicles that are donated every year, certain models are donated most frequently. The Ford Taurus and the Toyota Camry make the top of this list. The Honda Accord follows these two cars as the third most donated car and is trailed by the Honda Civic. Finally, the Dodge Caravan has the distinction of being the only most frequently donated vehicle on the list that is not a sedan.

Read Also : Donate Your Car and Buy a Safer One